In a sentence, I could easily tell you that Josh Groban’s concert last week here in Salt Lake was amazing.  His voice was made for stadium shows because they can barely support the strength he puts behind every note of every song.  I found him to be funny and down-to-earth as he told stories about himself and his songs.

He said one thing that really hit home and should for a lot of people.  I am not quoting verbatim here, but he basically said, the world is so messed up right now and a lot of it is because people have lost the power of civility.  He mentioned at another point in the show that people say things on social media because they do not have to face the person they are criticizing.  He was talking about the importance of people voting.  He did not want to get political, which was refreshing, but wanted to remind people that no matter who is on the ballot, we are all people who deserve respect.

He nailed that point as easily as hits every note of his songs.

There is no civility anymore.

People use social media to slam others for being wrong, and often do so without using facts to backup their bashing.

It’s true, something is wrong.

Tuesday, America has the chance to make changes.  The problems in this country seem to filter out of Washington, D.C. where our so-called leaders make fun of each other and throw so much mud at others it makes a daycare look tame.

Much of that comes from our president, who swore to “drain the swamp.”

It seems that rather than doing that, he made it deeper and brought in even more toxic fish.

But we can change that… by voting.

This is not a call for a blue wave or a red wave.  This is a call for a wave of voters to replace those in Washington, D.C..

You’re not happy with the way the country is going?  We should not blame either side of the aisle because everyone is guilty.

Vote for a new start, not the same old mud that gets deeper with each passing election cycle.

How about replacing them all?

If incumbents face a challenger, vote for the underdog.

Don’t vote for someone who swears to keep doing their job, when in fact they haven’t done anything but bitch about “the other side” during their entire term, so far.

Get someone new in there to show that progress isn’t be made at the highest levels of government and remind those who want to run for office in the future that voters, the ones who pay their salaries, are the ones who decide who they want to lead.

There are no names in this article because there are too many to name.

They are all accountable.

Replace them all, regardless of party.

I have yet to see it all, but I have seen a lot in my 39 years. I believe every step we take leads us to the next level, a higher level, perhaps even a harder level in our lives. It's how we deal with the wins, losses and challenges that shape who we become. That was pretty deep, huh? Some of the postings you're likely to read will fall under that level of thought. Others will be nothing less than a look at what's happening in my world, and the world around us. View all posts by robbymesser 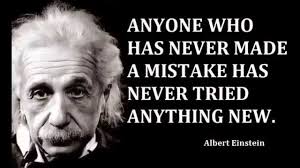 Politicians who need their butts kicked

Get to know musical duo A.J. and Tara